The year-round organization is best known for its annual Indie Memphis Film Festival presented by Duncan-Williams, Inc., which transforms the city into a connecting point for filmmakers, musicians, artists, and audiences. The festival brings a broad range of independent features, documentaries and short films to Memphis from all corners of the country. In 2015, the festival expanded to include weekday gala screenings at the Halloran Centre, a new state-of-the-art venue in Downtown Memphis. The weekend portion of the festival continued at Overton Square in Midtown, the city's cultural and creative center and home to a plethora of restaurants, bars, and clubs.
GivePulse
21 People | 10 Impacts | 36 Hours

A few people you will meet... 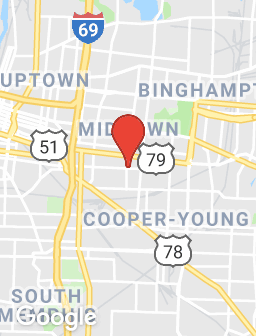